Due to the current covid restrictions the hall will be closed until further notice.

Hall and Rooms for Hire
in Sheringham

ABOUT THE HALL
BOOKING ENQUIRY 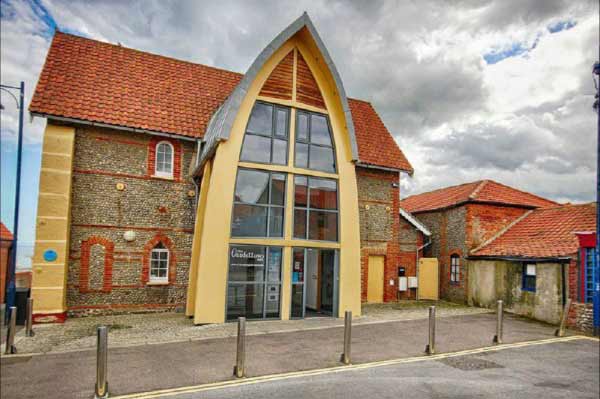 Oddfellows Hall, Sheringham is a stunning meetings and events venue in the heart of old Sheringham, North Norfolk, just a stone’s throw from the sea.

Within a minute’s walk of shops, pubs and restaurants, the Hall offers hirers an ideal venue for meetings, conferences and functions of all kinds, large or small.

Please explore our website to see what we can offer you.

It is fully accessible and offers two meeting rooms, upstairs and downstairs, each seating up to approximately 50-60 people; a small kitchen suitable for preparing refreshments and light snacks; a downstairs toilet and a lift for accessing upstairs. The kitchen has a microwave, kettle, water boiler and fridge, plus a good supply of crockery and cutlery.

It also has limited private parking on the forecourt.

There is a projector, using the full window blind as a screen, plus a flip-chart frame and paper.

When you hire the hall, which has central heating throughout, you get exclusive use of the whole building (upstairs and downstairs). Our standard hire rate is £10 per hour with a minimum booking of 2 hours / £20. 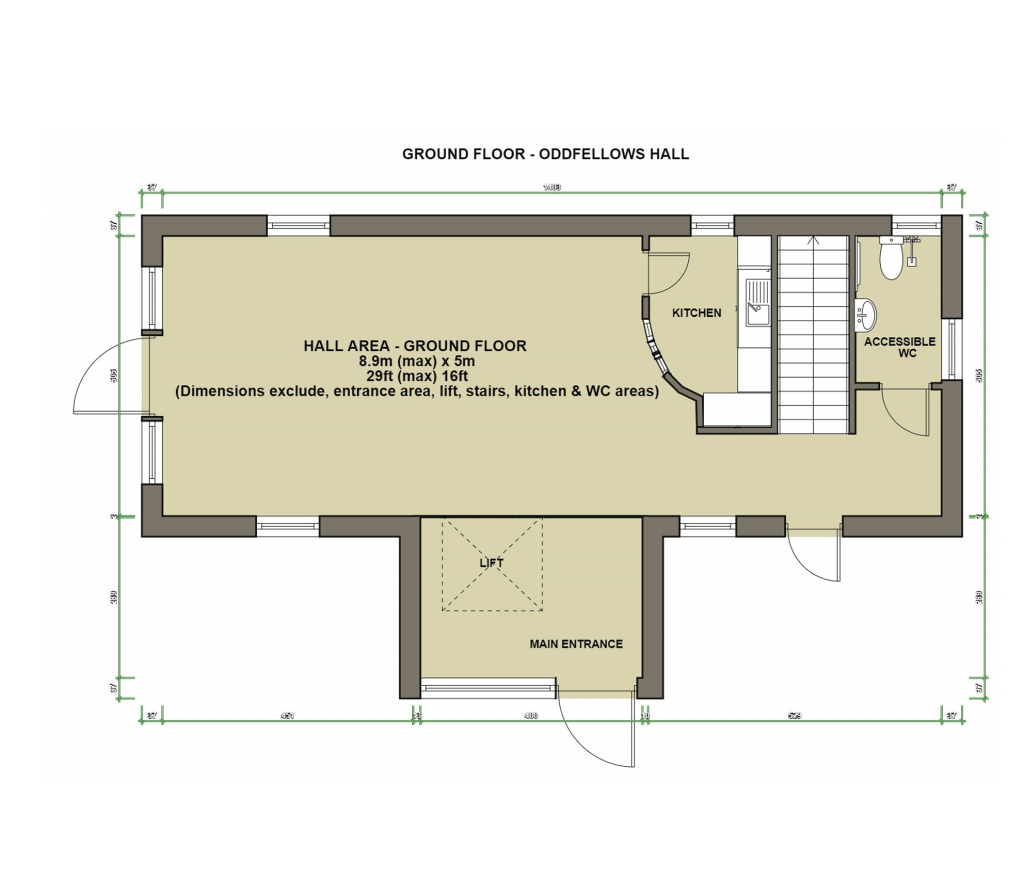 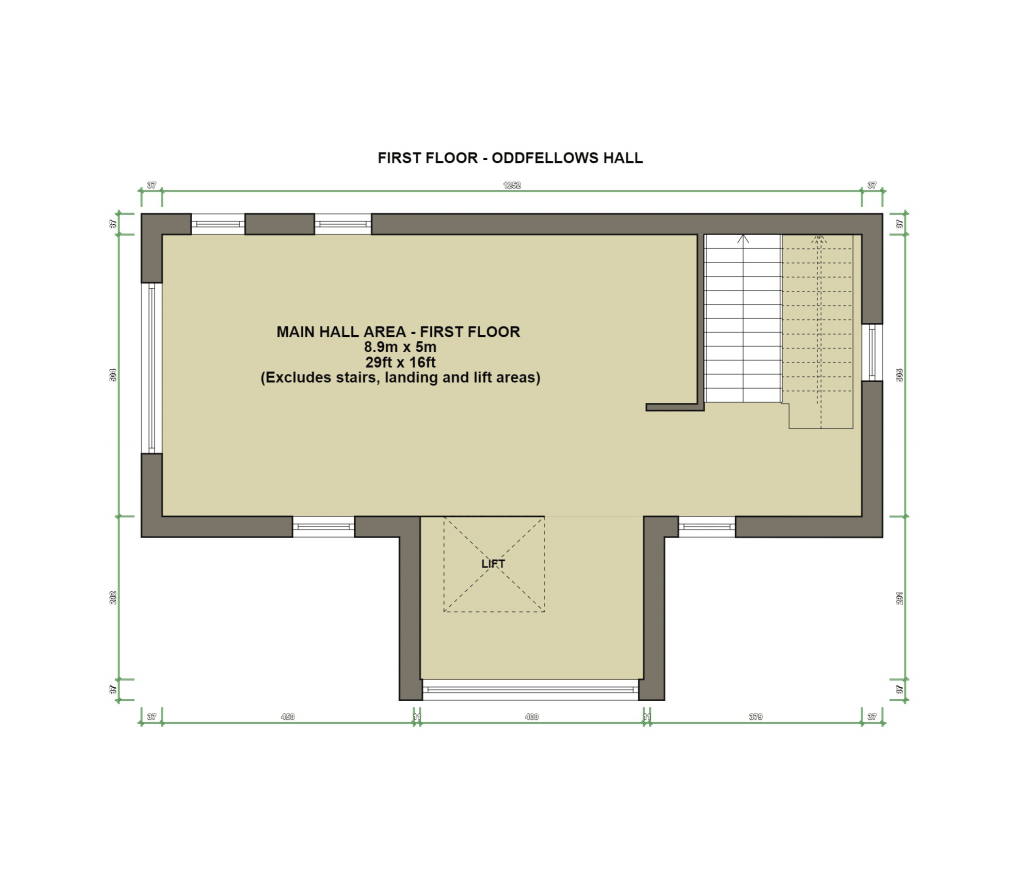 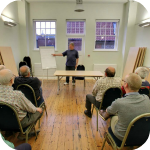 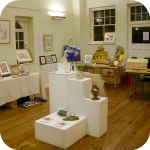 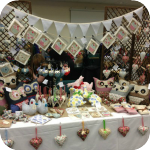 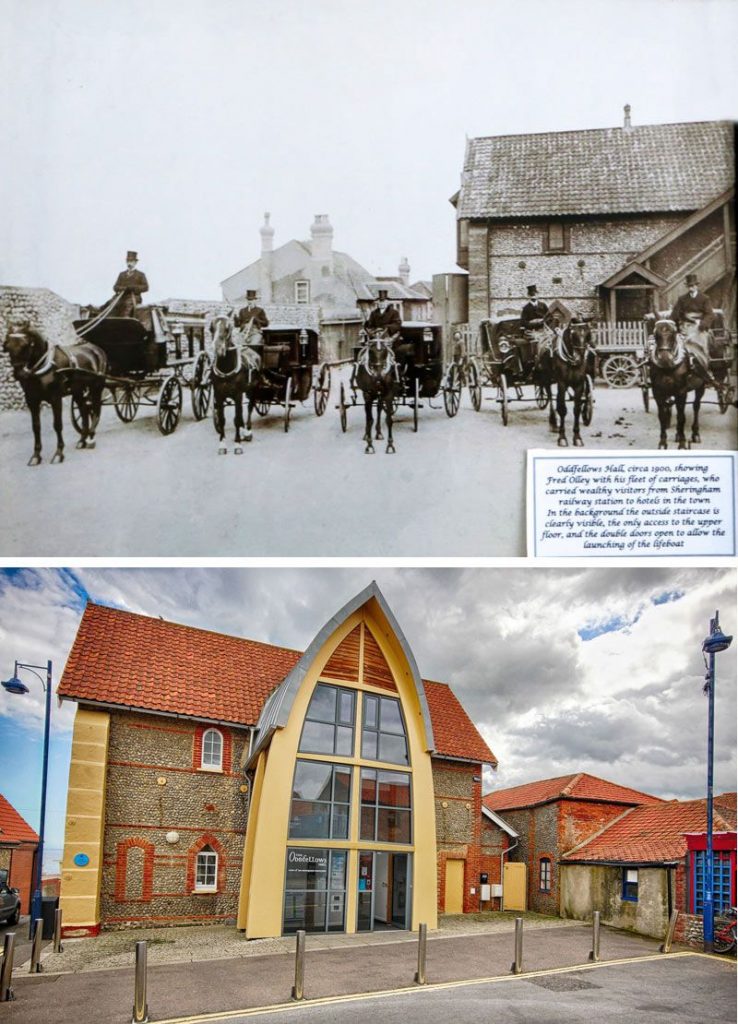 Originally built in 1867, the Hall was Sheringham’s original RNLI lifeboat station. It was subsequently enlarged to add a second floor, used as a reading room for the local fishermen as well as a venue for public meetings and entertainments. After years of difficulties in launching the lifeboat, the station was moved further west, to an easier location. The Hall continued to be used as a meeting room by the Loyal Fishermen’s Lodge, a branch of the Manchester Unity Independent Order of Oddfellows, a benevolent friendly society, of which many of the fishermen were members.

The Oddfellows bought the building from the owner, Henry Upcher of Sheringham Hall in 1931 and sold it in 1948, after which it went through a number of uses: a shoe factory, a model railway and model village attraction, a craft centre and an art exhibition space. From the mid 1990’s, the Hall, now owned by North Norfolk District Council, stood unused, until regeneration money was sourced in order to turn the Hall into the modern successful venue it is today. Following this, in 2007, the Sheringham Plus Community Partnership took on the running of the building, naming it Oddfellows Hall, bringing it back into use by and for the community. They were succeeded by The Upcher Partnership and when they felt unable to continue, The Sheringham Shantymen took on the management of the Hall in 2014 on a totally voluntary basis, for and on behalf of the community, something which they continue to do to this day.

Having completed 30 years of performances in 2020 (but unable to celebrate this milestone due to the coronorvirus), The Sheringham Shantymen are part of the fabric of the town, singing their sea shanties and songs far and wide, promoting the town and the area. They were determined that following the efforts that had been made to keep the hall going since 2007, they should contribute towards ensuring that Oddfellows Hall continues as a facility for the community of Sheringham and beyond.

To learn more about The Sheringham Shantymen and hear some of their music, please go to The Shantymen website.

Call To make an Enquiry

Oddfellows Hall Sheringham would like to thank Paul Richmond for all his generous support in creating this website and also to Chris Taylor at christaylorphoto.co.uk for his fabulous aerial view of Oddfellows Hall.